by The Herbal Faerie

I visited an amazing organic garden today.  I met Bill through our neighborhood app. Bill posted Comfrey for sale and I posted organic Rhubarb for sale. We decided to tour each others gardens. Bill’s garden is a master organic garden and he generously allowed me to take a few pictures to share with you! 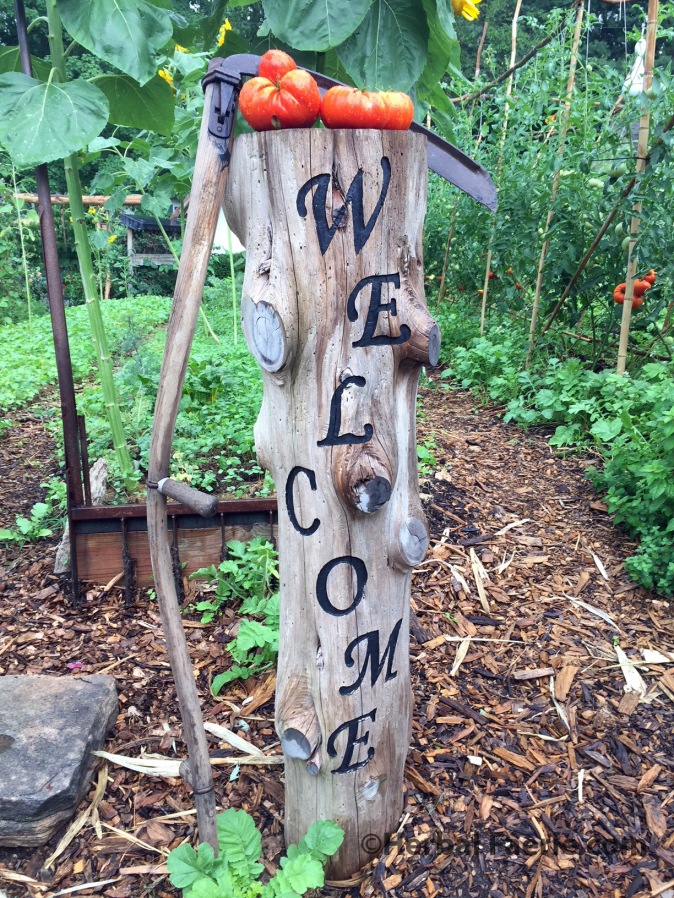 So a little bit about the garden. I don’t even know where to begin. The bamboo trellis drew my attention first. A double row of tomatoes were trellised with a single string up to a bamboo trellis system. Each plant was full of beautiful tomatoes. Not only were the suckers all removed, unlike my own garden, but most of the branches too. This allows all the energy to go to the tomatoes and the plant is surrounded by air and light. Each plant had maybe three brances starting near the base. Then a string kept each branch heading straight upward toward the bamboo trellis pole at the top.  Removing the lower branches and leaves helps to reduce tomato blight too. And so easy to see and pick the tomatoes. 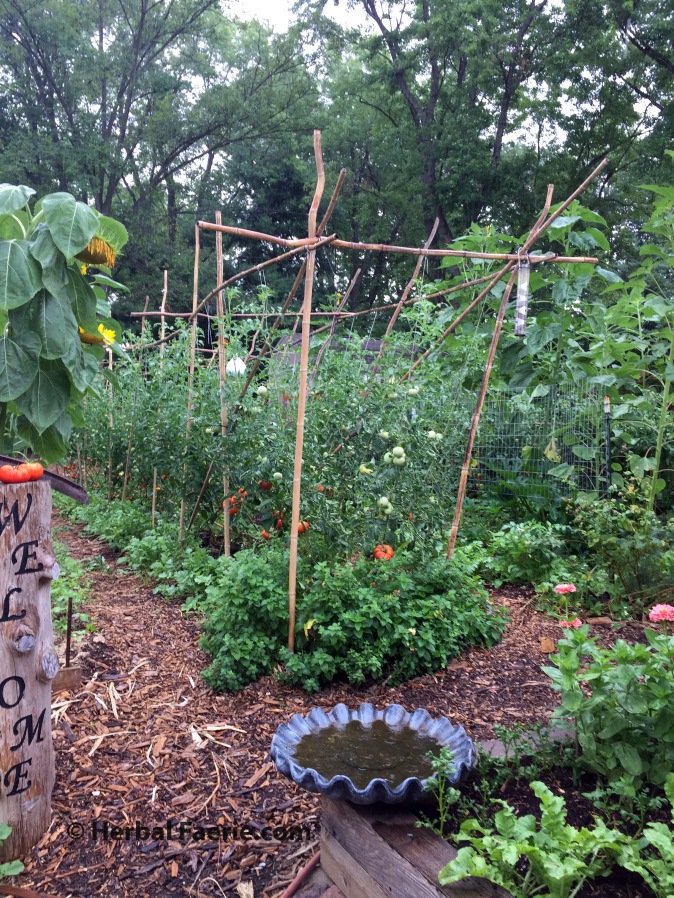 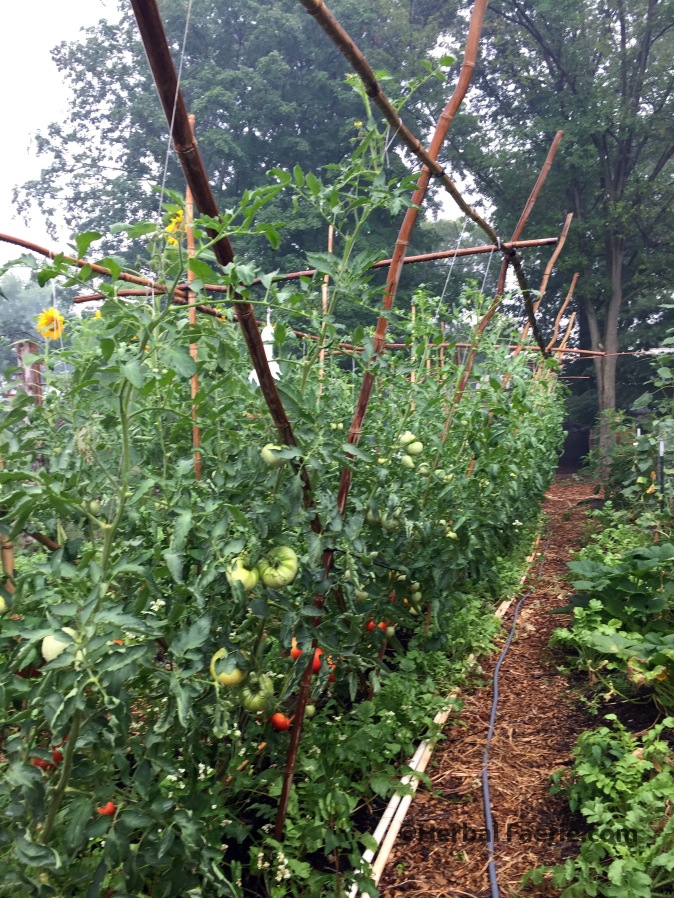 The soil was full of organic material with wood chip mulch between rows. There were five rows about 25 feet long in the main garden full of tomatoes, zucchini, peppers etc. and three more rows resting with a ground cover of buckwheat and scattered sunflowers. Sunflowers attract bees and gold finches to your garden. They both love yellow! There were also several bird houses in the gardens. Birds are natures pesticide! Attract birds with housing, water and food, and they will help remove pests from your garden free of charge. 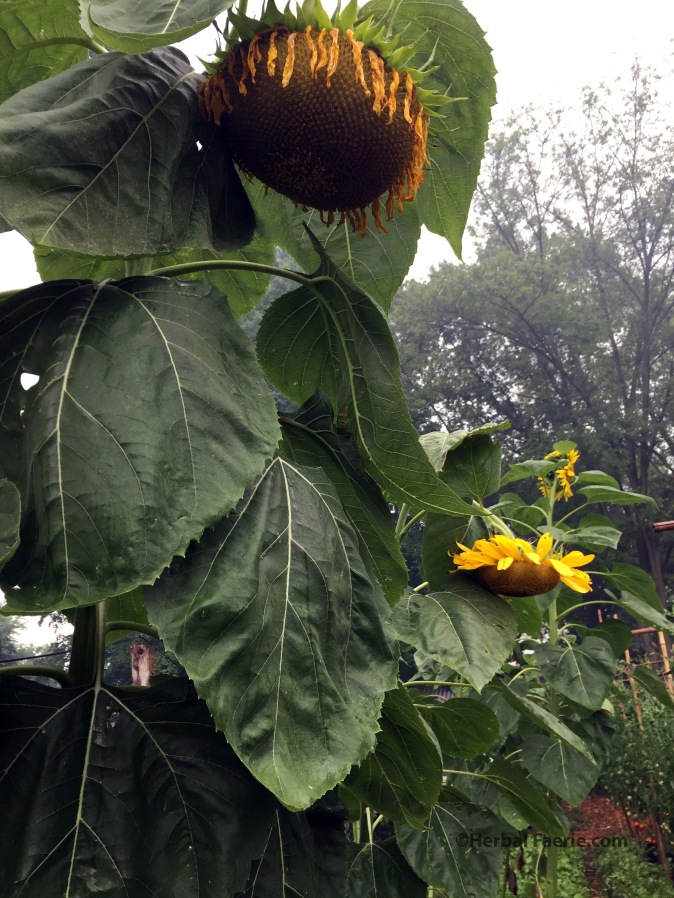 There was another trellised garden. This one was covered in birdhouse gourds forming a tunnel that you could walk through. Most of the gourds are still small making them difficult to see in the picture, but by the end of summer, there will be many gourds hanging down from the ceiling.

I have read about  growing Buckwheat as a ground cover, but I have never seen it being used. Seeing and talking to someone makes all the difference. It not only helps to rejuvenate and loosen soil, but it is a weed suppressor! I did not know this. My garden could use some weed suppressing! It also helps to attract beneficial insects and pollinators with its abundant blossoms. I think I will be brave enough to do this now. And the seeds are inexpensive from the local farm supply.

Buckwheat cover crop to the left!

Another ground cover was Oil Seed Radishes. This was new to me. Apparently, you can eat the radishes, but they were used here as a cover crop. Not as a ‘lawn’ like the buckwheat, but scattered around the garden mixed in with the tomatoes and other vegetables. Their extra-long taproot breaks up and aerates the soil in addition to drawing up nutrients for future crops. You can turn them under or just cut them down and let the root decompose in winter on their own. It attracts the earthworms down into the soil deepening your usable soil. They were nice plants and something I definitely want to use in my own garden. 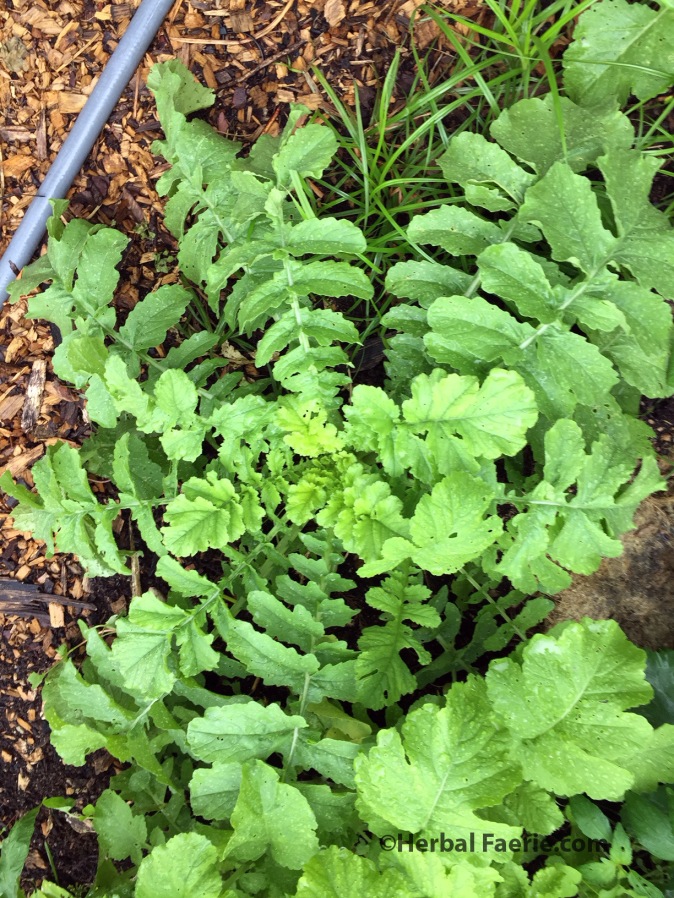 Comfrey is another herb to grow in your garden. It has many uses, but here we are looking at the leaves for your garden. The leaves are high in nitrogen and essential nutrients that your plants need. You can add them to your compost bin as an activator or directly to your garden bed to give your seedlings a boost.

Worms? Bill raises red wigglers too! Vermicomposting! ” Worm composting is using worms to recycle food scraps and other organic material into a valuable soil amendment called vermicompost, or worm compost”. “To understand why vermicompost is good for plants, remember that the worms are eating nutrient-rich fruit and vegetable scraps, and turning them into nutrient-rich compost.” I have always wanted to produce this  soil ‘gold’. I have come so close to ordering worms. Today, I bought a gallon size bag of castings, so I am a little closer. I can make compost tea or simply sprinkle the castings into the soil. I also know where I can buy some worms …..  one day!

Compost? Bill had two types of compost bins cooking, well, actually three. He had the traditional three bin wooden type. But he also had a different version that he likes better. It was wire fencing looped into a circle. He then lined it with weed preventing cloth to hold the compost. Shown in the picture below. He had another bin of this type, but it was filled with wood chips for a primarily fungus type compost bin rather than a bacteria and other microorganism driven system. This will take longer, about two years, but it is very nutrient rich. Another thing to look into is using natural wood briquettes in your compost. Yes, the ones you put in your barbecue grill. It provides a moist, happy home with many happy nooks and crannies for your microorganisms. 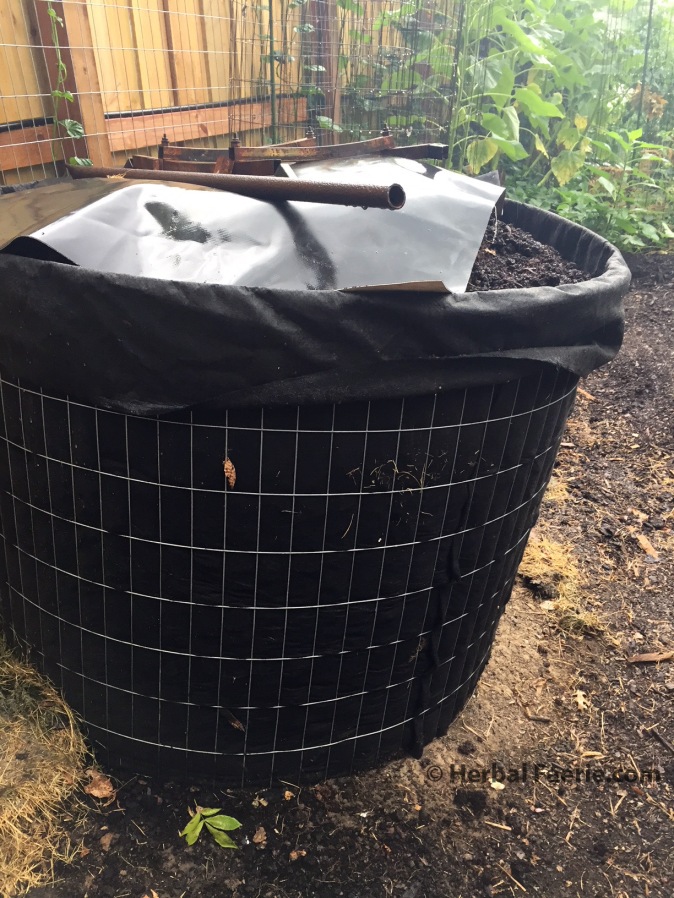 And lastly, there were two very large water tanks. I believe they were 300 gallons each? He uses them to collect rain water off of his neighbors roof. It was a manual system, so there was something about running out in a rain storm to connect things. But they were also raised, so gravity allowed him to connect a hose and water the garden. The good news here, is that he only has to water the garden once a week even in this 90 to 100 degree weather. The reason? The abundance of organic material in his soil.  Oh, and another thing, he never tills the soil, but uses a broad fork to loosen and aerate. Adding more and more compost and ground cover crops each year. 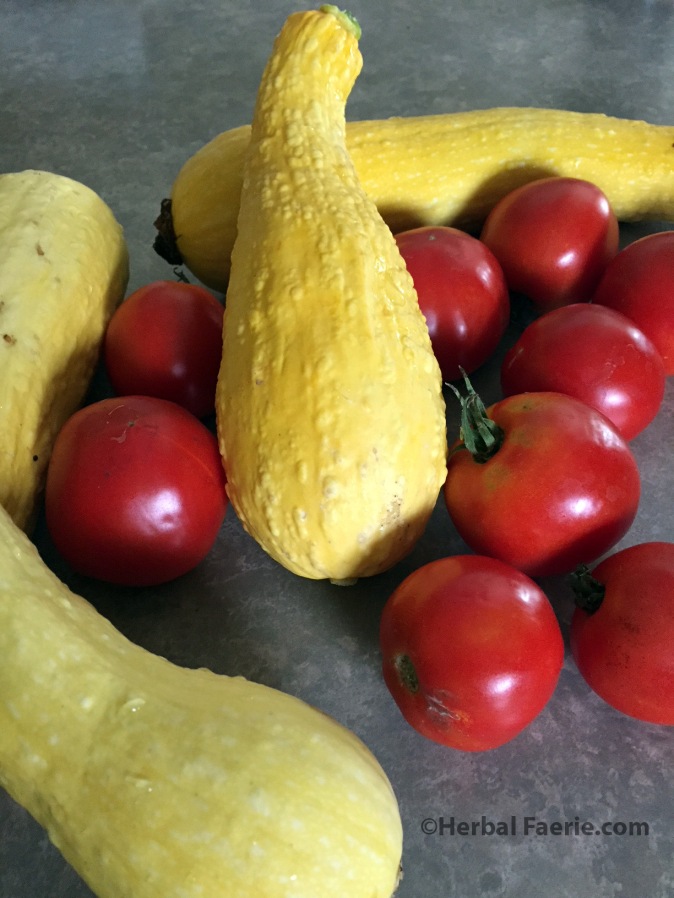 Besides taking home a lot of information and inspiration for my own garden, I also took home some nice fresh tomatoes and a couple of squash to make zucchini bread. I have not used squash before for this bread, but Bill assured me that this squash would work the same. Now my coworkers can enjoy the benefits of the garden too. In a fresh baked garden treat.

What organic methods do you use?  Please share your successes and difficulties! Have you used squash to make zuchini bread?